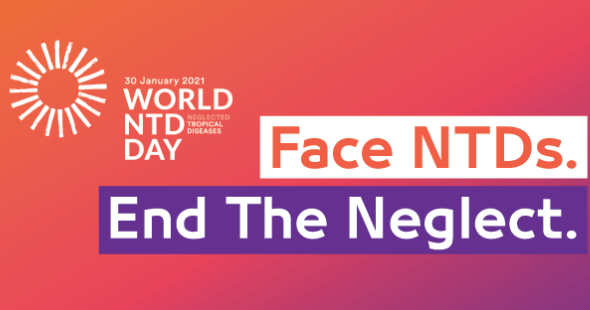 “Muasya is a 13 year old boy and a class seven (7) student hailing from Kitui County in the Eastern Region of Kenya. In November 2019, he fell ill and as usual the nearby clinic was at his disposal. He went to the facility, got diagnosed with malaria and left the hospital with antimalarials in hand. On this day he was lucky to get medication at the hospital and went home in high spirits. He got started on his medication but five days down the line he wasn’t feeling any better. He went to seek further counsel the following week at the Sub-County Hospital where he was assessed and referred for further investigations at the premier referral hospital in the country, Kenyatta National Hospital (KNH) in December 2019. From the first visit to the hospital to June 2020, Muasya had done a series of lab tests ranging from blood tests, liver function tests and even had a bone marrow biopsy on the last visit in June. This whole time, Muasya had been suffering from Visceral Leishmaniasis (VL) one of the neglected tropical diseases but unfortunately, due to low clinical suspicion he was not able to get the requisite care in a timely manner and thus had taken a break from his schooling. Luckily, COVID-19 set in and schools were closed so he didn’t lose much on that front. On the contrary, he had lost precious time playing with his friends, supporting his family at home and drained the family resources in his care.”

“Mwanzia is a father of five (5) children. He has been at Kenyatta National Hospital (KNH) for the last one month with three of his children all suffering from Visceral Leishmaniasis (VL). For the first week from admission, the children have been on supportive care before a confirmatory diagnosis could be made. Once the diagnosis was made, the necessary medicines were not available and therefore a requisition had to be made to the National NTDs Department to help mobilize for the same. These would take at least two days to get to the facility as the available supplies are in Turkana and there have to be logistical arrangements before they can be dispatched. Finally, the medicines are here and the children are started on therapy. On day 7, Mwanzia receives a call from the wife informing him that their last born, a daughter who is 4 years old is sickly and manifesting with the same symptoms the other siblings had i.e. swollen abdomen; lack of appetite and fatigue. He promises to go get her once the others are stable and he will be able to get someone to be the caretaker for these other three as they continue their treatment.”

“These are true accounts of experiences I encountered last year i.e. 2020 during my pharmacy internship at the premier hospital among others and initiated action for through an article here. There are cases where I lost patients as well. There are those in which upon completion of treatment, the guardians couldn’t cover the hospital bills and had to be retained as relatives mobilized resources to come get them back home. This is the burden of a disease less spoken about, less known in our circles yet have been with us for decades: Visceral Leishmaniasis (VL). How can a disease that causes such suffering go unmentioned in our mainstream discussions and forums? Because it doesn’t affect the elite, the rich or doesn’t have an implication of spreading globally like COVID-19. This is the challenge with most neglected tropical diseases.”

These diseases mostly affect the poor, the marginalized and impair their physical and mental development leading to illness and death in certain cases. They also lower productivity of individuals and communities affected thus trapping the already poor in a perennial cycle of poverty and disease. These as manifested in the case of Mwanzia and Muasya are not ideals in the 21st Century. There is need for action in eradication of NTDs and we all have a role to play. To do our part however, we have to identify the challenges faced in the management of NTDs, why they are neglected and identify ways of addressing these shortcomings and these will cover the next section of this piece.

Prevention, control and management of NTDs is impeded by low clinical suspicion among healthcare workers in comparison to the common infectious diseases. This is why VL misses being diagnosed and malaria is considered first. To change this, we will need to improve on disease mapping in the afflicted countries and regions to get a clear picture of the disease state. This can then be used as a guide for in-service training of healthcare workers in these regions to improve on the care for those infected with these diseases in a timely manner. Delays in diagnosis and initiation of treatment are pegged on low clinical suspicion which increases the risk of succumbing to NTDs. Additionally, this epidemiological data is key in the design of public health interventions that control the overall burden of NTDs in communities something that has been critical in the control of Lymphatic Filariasis in Tanzania by the National Lymphatic Filariasis Elimination Programme (NLFEP).

Shortage of medicines in the overall panel of drugs for NTDs is another critical challenge that needs to be addressed. Being a small pool of diseases that affect the poor, the commercial incentive in research and development of drugs for these drugs isn’t there. This is the reason most R&D work for NTDs are driven by Non Profit Organizations such as Drugs for Neglected Diseases Initiative (DNDi), Foundation for Innovative New Diagnostics (FIND) among others. To eradicate NTDs, there is need to ramp up R&D for new therapeutics, improving their regimens and treatment schedules for improved compliance in care among others. It is an imperative for the international community to incentivize research on therapies for NTDs and mobilize the private sector e.g. the biopharmaceutical companies through the umbrella association, International Federation of Pharmaceutical Manufacturers and Associations (IFPMA) to build momentum for industry commitment to NTDs eradication.

Finally, there will be need to hold each other accountable and responsible for the eradication of NTDs. At an individual level we acknowledge the suffering of those afflicted by these diseases in our communities but unless we speak up for them and give them a voice, they’ll never get the care they need. At the same time, care can only be offered by those who understand the implication of such conditions thus it’s our time especially the youth to learn extensively on NTDs that affect communities where we live to contextualize our Asks; design solutions with communities for the eradication of NTDs and ultimately to implement the solutions.

The suffering of a single child in a remote village may not be cause for alarm at the moment but what if the child was to be the next Bill Gates? Would we let him/her suffer?

The impact of NTDs on families ranging from economic cost of care, lost productivity in time lost during sickness and in taking care of the sick, lives lost from diseases among others is reason enough for us to commit to end this scourge that has been with us. The preferential advantage we have with this is that there is already clear evidence that elimination of NTDs is possible from as evidenced in countries in the Middle East and for Togo with Lymphatic Filariasis.

On 30th January 2021 when we marked World NTD Day, it was the dawn of a new era with renewed global commitment to #EndTheNeglect. It’s possible to end the neglect and safeguard the future of Muasya. It will happen when we build the capacity of individuals to offer the necessary care, enable them to deliver care and beyond this engage communities to ensure there’s local support for eradication efforts. With the launch of a new road map to prevent, control eliminate and eradicate a set of 20 neglected tropical diseases by 2030, it’s more important to contextualize and weigh in on it at a personal level. We can and so let’s do it together.

Disclaimer: Names of patients used in this article have been changed and any similarity if any is coincidental not intentional.

PrevPreviousWhy youth empowerment should be deliberate, intentional and structured
NextReimagining Cancer Care: I Am and I WillNext