Cancer: The Enemy Within 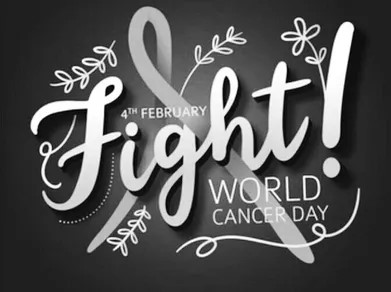 Who knew the human body could be so theatrical? Yes, it does have its penchant to be dramatic thus taking it to a whole new definition. Let’s delve into the theatrics and acts of our body, what we term cancer.

Literally as denoted by the title, the scene is inside the human cell. Cells, the smallest component that make up a living organism as was deciphered by Robert Hooke in 1665, are always dividing, though at different rates. This forms the repair and maintenance system of our bodies which is an automated process. Yes, if you were wondering, just like machines and equipment we undergo wear and tear for which the repairs are done through continuous cycling of cells. In cancer, cells get a go ahead to start dividing as expected but fail to stop when they should and keep dividing and increasing in number ad infinitum. The result is over-expressed cells which like stubborn teenagers destroy the organizational structures that keep the body ticking. The function of the tissues, organs and organ systems where this over-multiplication occurs become compromised. This can be very dire depending on the afflicted area e.g. cancer of the pancreas is a compulsory and rapid admission into the diabetes club. The uncontrolled growth of cells also serves as a source of nuisance to the neighboring cells scientifically termed as metastases i.e. spread of the cancerous cells to other tissues and organs which magnifies the effects. Cells surrounding the cancerous juvenile delinquents are hounded out literally and quit in their indignation. Cells make up who we are, and when they quit, we also quit living. An enemy from within indeed. We call it cancer.

Where does it work?

Like a resistance movement, cancer starts in one location. Depending on the level of ambition, it can decide to stick to its original site or set up camps all over the place. The introverted, stationary one is called benign. The busybody one is called malignant. Cancer is not very picky, so it can migrate to any part of the body. Ovary, prostate, skin, brain, blood, bone… Almost anywhere can be home away from home. So adaptable it nearly inspires.

Does it have an Achilles’ heel?

Yes, in multiples to be outright. I am a stickler for the preventive, but here curative is what we have for now. The body has its own defensive arsenal, but science is yet to make one for us to use successfully to keep cancer from happening. What we can do is slow its progression. Sometimes we successfully halt it. It is a reason to celebrate. Treatment improves life after cancer tremendously. With time the treatment options have also gotten kinder. Some like the vinca products of the Periwinkle tree sound like fairy tale names. Others like the Epipodophyllotoxins just make this article look juicier and fancier. Seriously, whoever gave that drug its name has some talent.

What makes it different?

There is no bacteria or virus to aim poisons at. Cancer is simply the body annihilating itself. Whatever drug is given must distinguish between normal and cancerous human cells. Not easy, but there are some subtle differences that are useful, thank goodness. The spontaneous nature of cancer is also a pain in our neck. Sure, we know some things to be carcinogenic, like the dreaded aflatoxins that are born out of a union between cereals in storage and moisture. We also know that cancer fancies some environments, like acidity and processed meat. But apart from that there is no single cause that can be picked out and ranted on for causing cancer. No single prey, no silver bullet.

What do we do now?

How do we keep ourselves safe? There are multiples of analogies and speculations filling out the sphere and confusing many. They circulate around social media like flu. They normally contain such lines: The Japanese do blah blah and that keeps them from getting cancer. The Chinese drink blah blah and they don’t have cancer. A long post by doctor so and so saying eating what or not having what will give you cancer. Don’t fall for it. Facts are scientifically established by evidence, not mere assertions. Get 30, 000 people to eat that miracle fruit or drink that miracle vitamin concoction and if they don’t get cancer for the next 30 years on that regimen then maybe you are onto something. But if there is no difference between them and people who are living normally then you are getting your legs pulled pretty hard.

I will say this though. Cancer has increased over the ages from the days of our ancestors. The difference between their lifestyle and ours is also stark. It can’t be a coincidence. Not on such a populous level. Perhaps we need to go back to simpler lifestyles. Those people tilled the ground to eat (exercise), walked long distances to travel (exercise), breathed much fresher air than us and ate simple natural foods that were not overly processed. I am not saying we go back to hunter-gatherer-eat-your-food-raw type of living… But perhaps it is our needlessly complicated and simplified lives that are ruining us. No research has been done on this, but the numbers show that we should be thinking about what our grandparents did right and we are doing wrong.

That aside, cancer is no reason to stigmatize. It is not even contagious. Cancer patients need a lot of support from friends and family; support and not pity, note that. We have seen the will to live alone get people out of their deathbeds. It is that powerful. And it is mined easily from friends and family. So today let us spare a thought for the brave warriors battling the arch nemesis that is themselves. We are all waging this war against cancer. Some are winning. Some are losing. But the human in us calls us to uplift the falling, hold them up and support them as they fight for life. Let us strive to live up to our benevolent name. In spirit of this years’ theme: #IAmAndIWill, we at Ryculture Health and Social Innovation commit to do whatever possible to support the fight against cancer and the fight for those affected by cancer both survivors and family members.