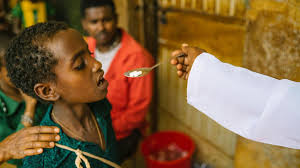 Neglected Tropical Diseases (NTDs) are a diverse group of viral, protozoa, viral, and bacterial diseases which currently affect over 1.4 billion people in tropical and sub-tropical climates. This staggering figure indicates that 1 out of 7 people in the world are affected by these diseases. They are endemic among poor people with over 70% being reported in low and middle income countries within Africa, Asia, and South America (World Health Organization, 2012). These diseases collectively represent the fourth largest disease burden of all communicable diseases. Majority of these diseases proliferate in areas with poor access to efficient healthcare programs, unsafe water, poor housing conditions, poor sanitation, and poor access to education and information which are all linked to poverty.

Neglected tropical diseases are associated with severe morbidity. Some of the health implications involve physical disabilities, impaired cognitive development, disfigurement; blindness; stunted growth and relatively slow deaths among other poor health outcomes. People affected by NTDs face social stigma and discrimination due to physical impairments and disfigurements associated with these diseases (Gyapong et al., 2016). This is compounded by psychological trauma for the victims. Health related stigma tends to derail their health seeking behavior, and compliance to treatment. Economically, NTDs result to losses in billions of dollars due to the associated direct healthcare costs, loss of productivity, and reduced educational attainment for the children affected (Hotez, 2011). These interrelated outcomes perpetuate the poverty cycle and prevent those affected from leading productive lives.

These diseases are referred to as ‘neglected’ for several reasons. Key among them is that they are often overlooked by drug developer’s especially private pharmaceutical companies. It is difficult to recover the cost of developing and producing treatment for the diseases reason being that they affect the world’s poorest people who in most cases cannot afford the medications making them low priority markets. Additionally, the number of people affected by each of the twenty (20) listed NTDs are low thus not economically lucrative for pharmaceutical manufacturers. Most of the drugs available for these diseases have poor pharmacokinetics and are associated with increased patient suffering. Government agencies, public health programs and the media pay little attention to these diseases since they have a lower mortality rate compared to the ‘big three’ which are HIV/AIDS, tuberculosis and Malaria.

Over the past decade, there have been significant efforts to increase awareness on NTDs. However, much of the advocacy and increased attention is still limited to the healthcare circles. It is important that concerted action taken to increase attention on these diseases among other professions, students and at the community level. Improved advocacy is needed not only to raise awareness on the existence of these diseases but also on the cost to communities and nations. (Aagaard-Hansen & Chaignat, 2010). The role that poor environmental conditions play in the development of these diseases should be emphasized. Realistic and feasible interventions on how communities can actively take part in the management of NTDs should be incorporated in the advocacy efforts. It is also critical that we transit from ‘developing solutions for communities’ to ‘developing solutions with the communities’. Such initiatives will empower communities on preventive measures, reduce local resistance and non-compliance as well as improve the sustenance of NTDs programs (Samuels & Pose, 2013).

The institution of strong public-private partnerships and unprecedented novel approaches have been witnessed in many regions to address the plight of those suffering from NTDs. These have majorly been driven through mass diagnostic and treatment programs involving public-private partnerships with major drug donations from pharmaceutical companies (Samuels & Pose, 2013). Several research and development institutions that seek to develop more suitable drugs have also been established. However, there is still a lot to be done to ensure the sustainability of these actions. Local pharmaceutical players and supply chains need to be integrated in guaranteeing sustained access to care for the sick.
There is need to drive transition from dependence on preventive therapy to a multi-sectorial and multi-dimensional approach to eradication of NTDs. NTDs could be used as indicators to promote development to areas where it is most needed and is likely to have a major impact (Samuels & Pose, 2013). These should be coupled by consistently updating the strategies in place and employing surveillance systems to track development. Different stakeholders should pool together and establish close-fenced funding programs for research and development of new drug targets, biomarkers, and strategies for vector control (Reed & McKerrow, 2018). Multi-sectorial efforts incorporating security and transport services should be employed to ensure access to politically unstable and geographical isolated areas. Local authorities should be sensitized on the need to support such programs.
Healthcare workers, community health volunteers and community leaders need to be sensitized about NTDs. They should be well equipped to promote awareness among community members. Community-led interventions should also be highly encouraged and supported by the local administrations. These are suitable avenues of educating the community on preventive measures, promoting positive healthcare seeking behavior as well as quashing the stigma associated with a majority of these diseases.
The New NTDs Roadmap offers specific, measurable target for eradication, elimination, and control of the 20 highlighted NTDs by 2030. It also offers interim milestones for 2023 and 2025 and cross-cutting targets that are aligned with the Sustainable Development Goals and WHO’s 13th Programme of Work. It is an excellent piece of work having been drafted after extensive consultations with stakeholders in the NTDs space. However, the question that lingers is; how do we transition from paper to action?

It is essential that individual countries take the lead role, own and commit to the eradication, elimination and control of NTDs. It is also important that countries develop contextualized national action plans on NTDs. For those that have already developed the plans, it is important the effective guidelines are instituted to guide their systematic implementation. NTDs need to be integrated into national health plans and budgets. Medical interventions should be mainstreamed into primary healthcare and incorporated into Universal Health Coverage.

Local research and education institutions need to establish and strengthen existing initiatives to bolster countries’ capacities in addressing the NTDs burden. It is important that enabling environments are created for young people especially students and early career professionals. This will help nurture suitable initiatives, research and innovations that can be used to address NTDs. As earlier stated, we should systematically shift from silo-ed disease-specific programmes that only concentrate on diagnostic and therapeutic interventions to holistic cross-cutting programmes that take into account other contributing factors such as vector management, access to water, sanitation and hygiene. The role of partner support and donor funding is really critical. A lot has and can been achieved through public-private partnerships. However, it is time that local governments showcased increased intentional action in addressing NTDs. This way, we can achieve the targets outlined in the 2021-2030 World NTDs Roadmap.